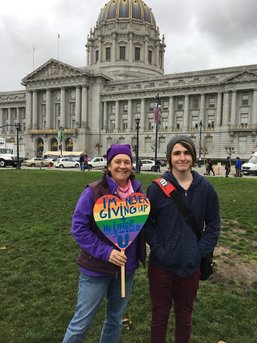 There are somethings that are bigger than the individual and today’s Women’s Marches that took place all around the world fall into that category. Over 2.5 million people marched worldwide!  My 15 1/2 year old son and I participated in the San Francisco March today along with 100,000 of our closest friends. What an experience!

There were tons of interesting people to watch along with their creative signs. Putting politics aside, this was a happening. A form of unity so to speak. Ours was a late afternoon and evening event, so we saw on CNN the many other cities that took place before ours. I knew we just had to go!

We had family and or friends marching in Seattle, Sacramento, San Diego, Los Angeles, Denver, Washington DC, Boston, St. Louis and a few I don’t even know about yet!

In Los Angeles, Barbra Streisand, Jane Fonda, Jamie Lee Curtis among other celebrities joined in the masses in SoCal. Many other cities had big name stars too. San Francisco was filled with regular folks. After listening to music and speeches, the crowds grew and so did the dark clouds. And then the rain! Umbrellas went up but it did not stop the marchers! We had a blast anyway. It was a very peaceful protest and a great experience for my son and me! 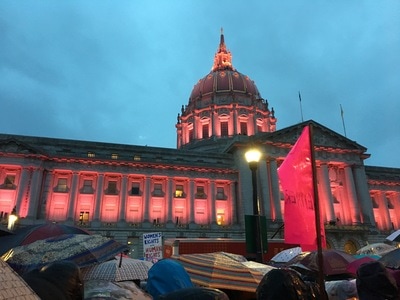 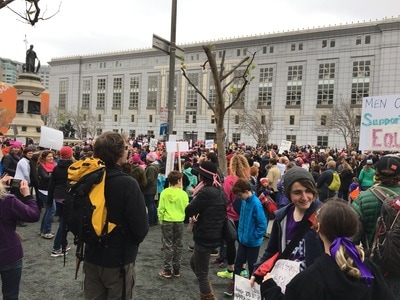 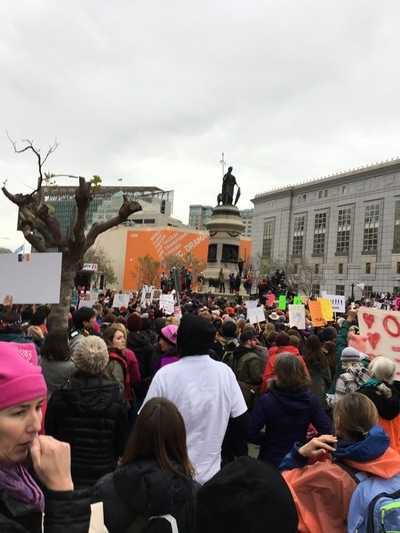