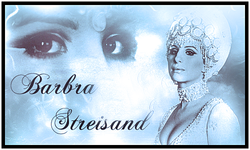 Before the internet and social media many Barbra fans thought they were alone and without others to share their Barbra passion with. When chat rooms arrived, like the first one on AOL for Barbra Buddies that the late great Allison Waldman and I began, things changed. No longer were Pen Pals strictly just pen and paper pals, but internet pals too.

The problem with the first groups was that there were very few ground rules about etiquette and behavior established and many folks were out of control. That’s why I really did not like our original group on CompuServe. The interface was ugly and a small amount of fans were mean spirited. It was like we had competitive Barbra love. I left that group and formed a new one with Allison on AOL. That group was bit better, but nothing beats in person interaction.

That’s when the 1994 Concert Tour began and after it was over fans wanted to stay in touch with other fans they had met at the many concerts during the  Spring and Summer. So the Barbra Reunions were formed and we had four all together, beginning in my hometown of San Rafael. There were many instrumental people, so a shout out to Linda G, Tom G, Joe H and the others who got things started. We had about fifty fans from around the US and a few from overseas. It was so fun and innocent. We had guest speakers, a couple of Barbra University classes and a “Flea Market” of Barbra memorabilia for sale.

The next locations included New York City and two in Los Angeles with a day tour and lunch at Barbra’s Malibu estate. We all took pictures by the hot tube from the album cover Wet, from the inside of the Barn and Peach house as well as the Art Deco house which was featured on the front of Architectural Digest when Barbra lived there.

The fans became friends and email pals and each time a new concert came around, we all tracked each other down to catch up! Time goes by and some of those people are no longer with us. Some have stopped actively collecting memorabilia, but the fandom remains strong yet older and wiser.

Now we have Facebook. Many fans have reconnected on various Barbra fan pages. Most follow Barbra’s own Facebook page as well. Here are a couple of Facebook fan groups that you can join or ask to join. Lots share Barbra news, old photographs and memories of their favorite songs and movies.

You can meet up with many other fellow Barbra Streisand fans and share the music, the memories and the magic! Do you have other favorite Barbra groups to share? Please comment below!
​

What STreisand stuff should I collect?